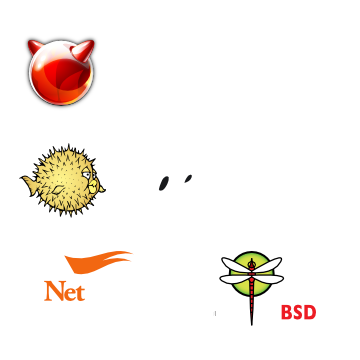 BSD Family. It's a daemon, not a devil!

FreeBSD is an opensource Unix based operating system with an incredibly powerful networking stack. FreeBSD aims to be a general purpose server operating system and includes key features like IPFW, and ZFS, everything BTRFS wants to be.

DragonflyBSD is based from FreeBSD but has spun off to focus on being highly scalable. DragonflyBSD also created the HAMMER filesystem, an advanced filesystem supporting snapshots and is never inconsistent.

NetBSD aims to be a clean portable operating system that can be run on everything, including toasters.

GET STARTED VIEW OTHER OPERATING SYSTEMS

BSD based operating systems are available only on KVM based services.
BSD FAMILY DISTRIBUTIONS
Have a custom request? We will try our best to fulfill it. CONTACT SUPPORT
CHAT WITH SALES